Sign Up
Log In
Purchase a Subscription
You have permission to edit this article.
Edit
Home
News
Sports
Outdoors
Opinion
Obituaries
Lifestyle
Local Events
Special Pubs
Announcements
Classifieds
About
Share This
1 of 6 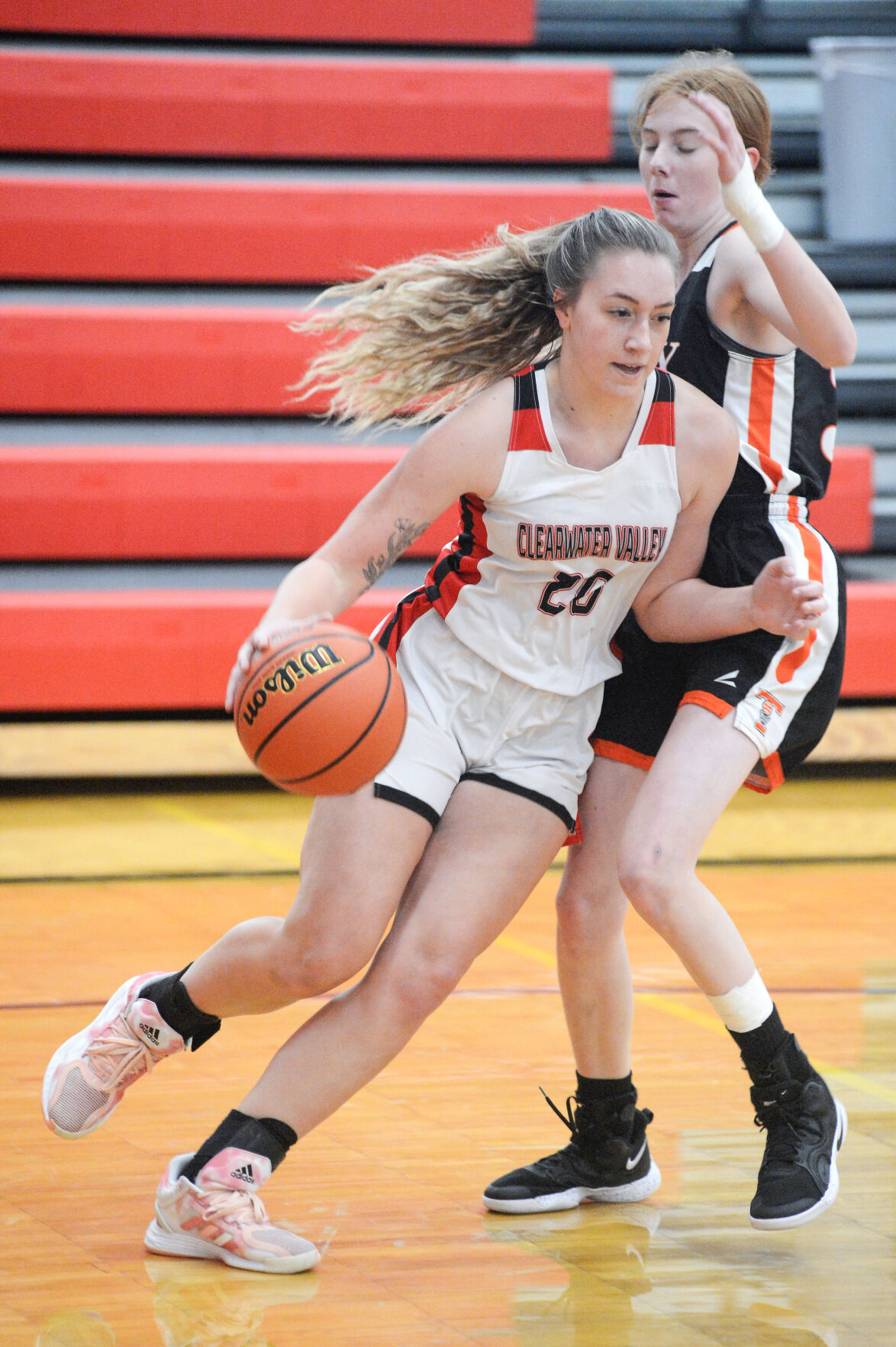 Clearwater Valley’s Kadence Schilling is pictured dribbling past a Troy defender early in CV’s 57-36 win Dec. 18 over the Trojans. 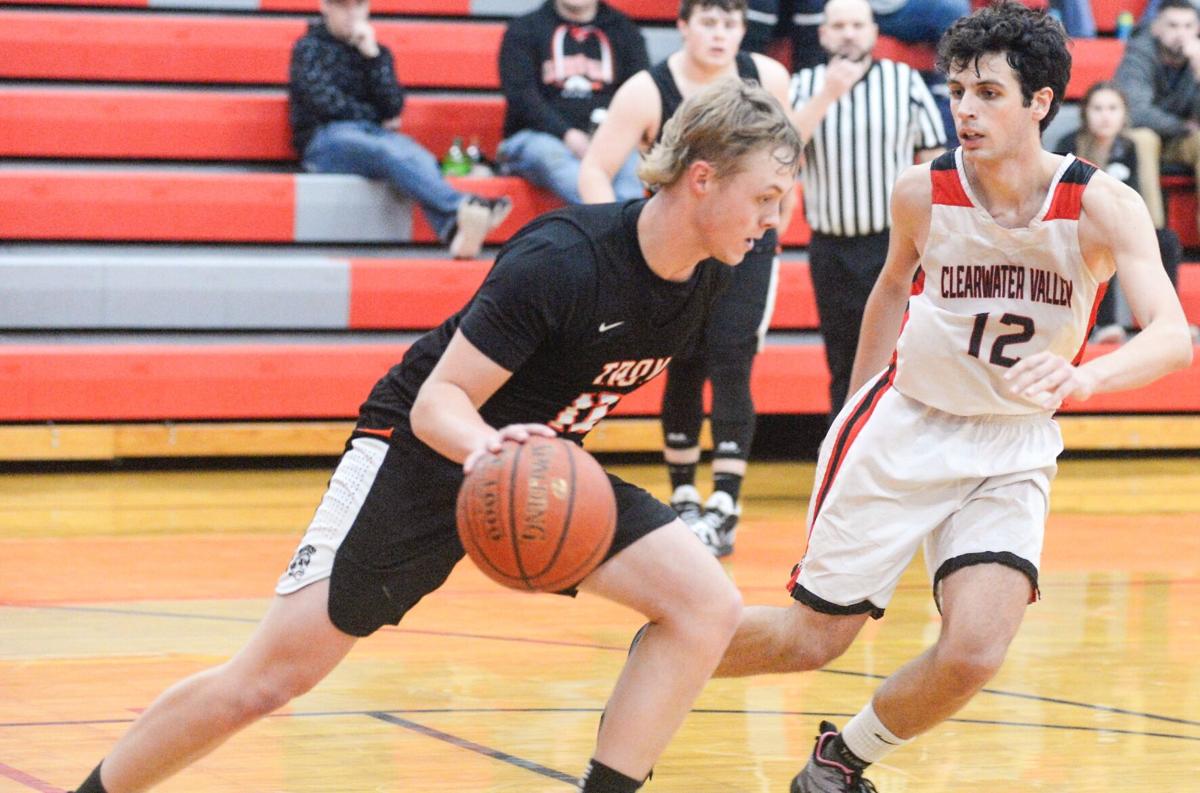 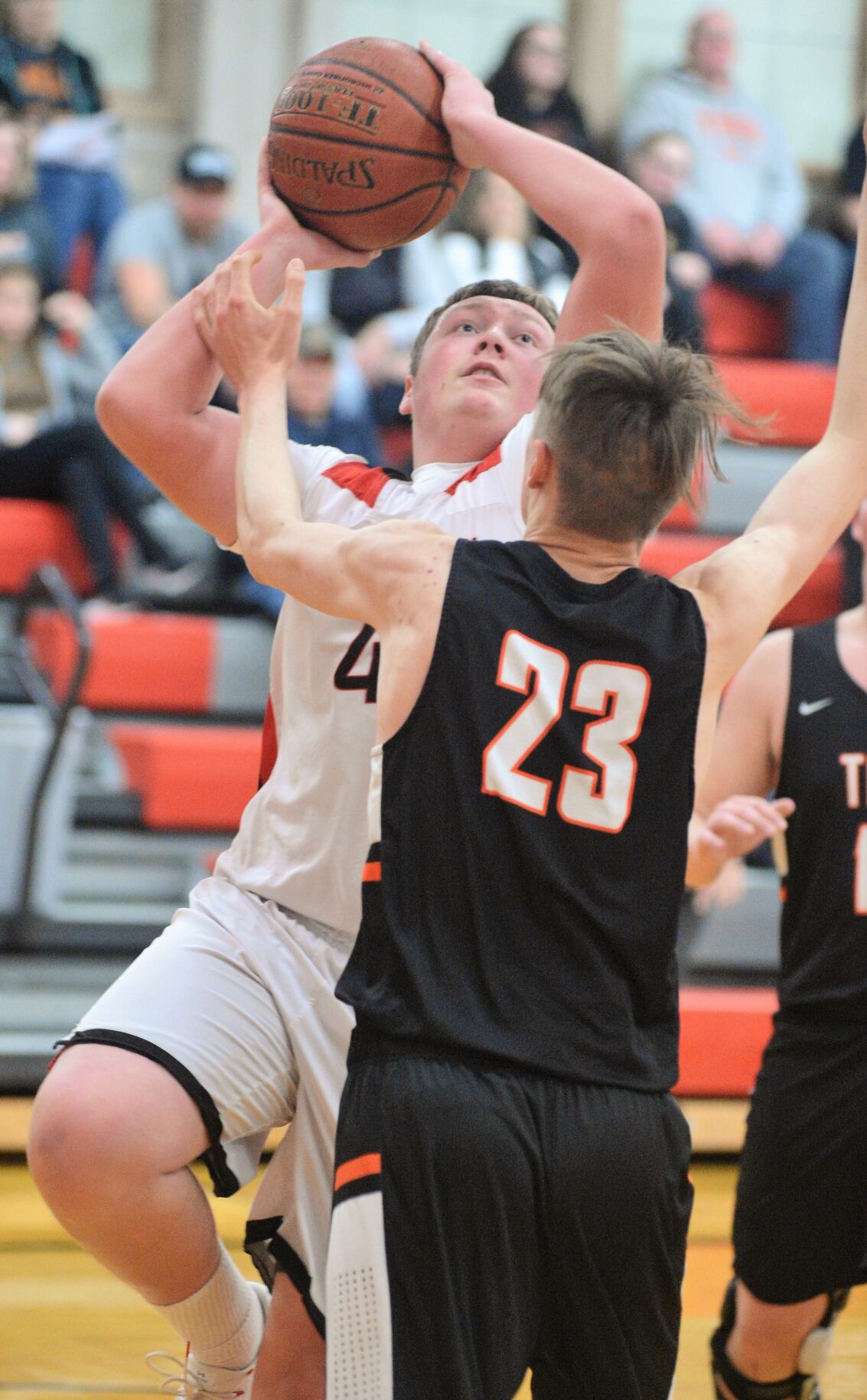 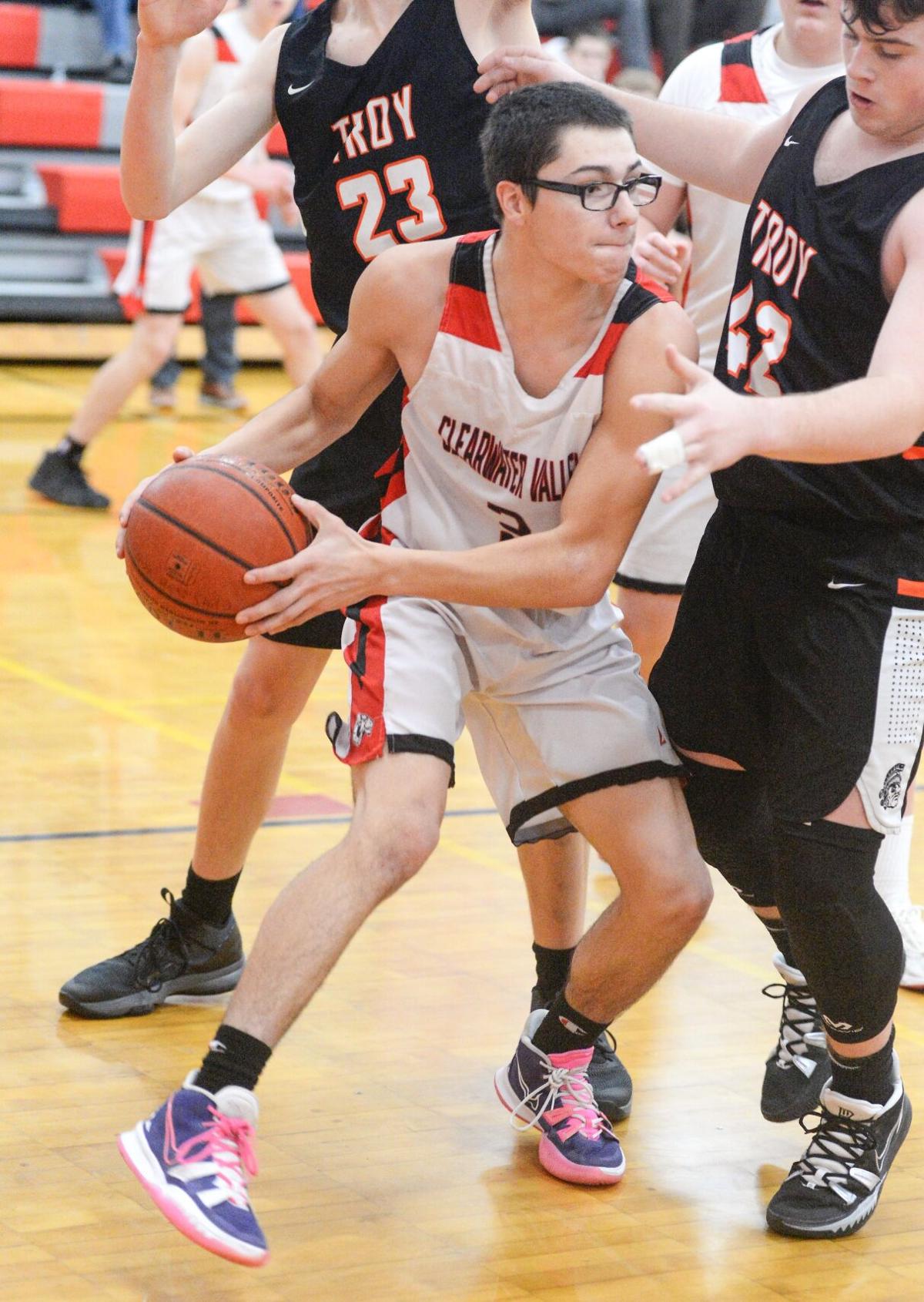 Clearwater Valley’s Nakiyah Anderson making a move and looking to pass from under the basket. 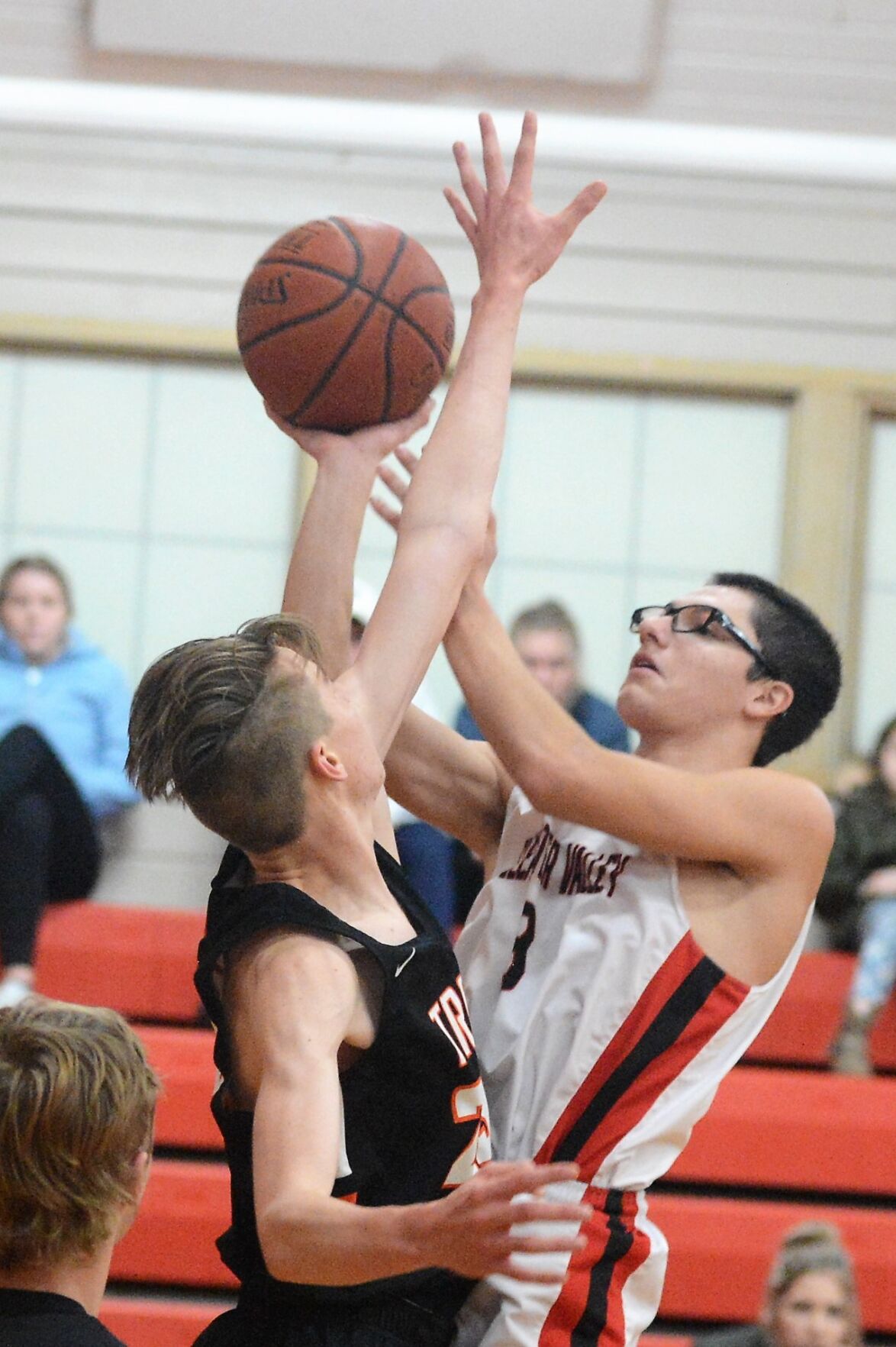 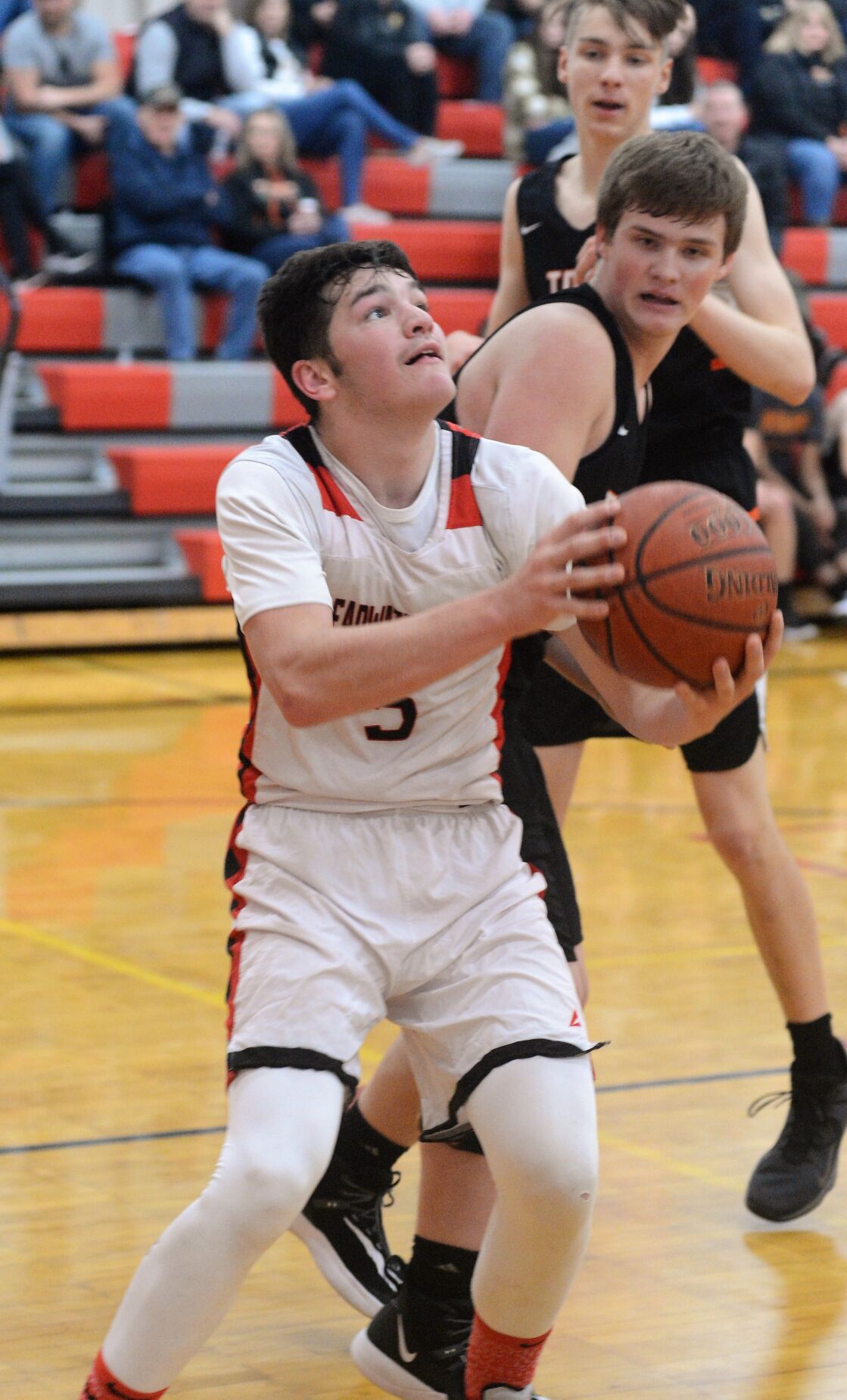 Clearwater Valley’s Kadence Schilling is pictured dribbling past a Troy defender early in CV’s 57-36 win Dec. 18 over the Trojans.

Clearwater Valley’s Nakiyah Anderson making a move and looking to pass from under the basket.

KOOSKIA — The Clearwater Valley basketball teams took both games against Troy on Saturday, Dec. 18, as the girls rapidly built a double-digit lead on the way to a 57-36 victory, while the boys came back from 12 points behind at halftime to win 49-44.

During the girls game, Shada Edwards scored nine baskets including three triples and a couple of foul shots for 23 points. Tobie Yocum added 10 points and 10 rebounds for a double-double. The outcome was practically foregone by halftime, when CV led by 16, 31-15.

The Troy boys might have had similar thoughts with a 32-20 lead after the second quarter, but CV’s defense limited Troy to just six points during the third and another six during the fourth.

Nakiyah Anderson leveled the contest at 38-all with a couple of bonus free throws after which Troy pushed back into the lead. Then Landon Schlieper knotted it at 42-42 and Laton Schlieper at 44-44. The Rams finally took the lead with 46 seconds left, then came up with a steal followed by a pair of foul shots by Edoardo Miconi, which made it a four-point game. The Rams forced a travel and Anderson added a free throw to cap it, lifting the CV boys’ overall record to 4-3 at the winter break.

As for the girls’ win, which made CV 7-3 overall and 4-3 in the Whitepine League, coach Darren Yocum was pleased with how the team bounced back from a tough loss earlier in the week against Prairie.

“We just talked about it yesterday and put that game behind us,” he said. “It’s just one game in a long season. I liked the way the girls came out today. They were aggressive on offense and defense, and we played really good team defense tonight. We’ve been playing good defense all year, and I just really liked the way they played together as a team tonight.”

He pointed to the play of Kadence Schilling, who balanced the scoring with eight points of her own while distributing the ball.

Clearwater Valley’s next games are a double-header Jan. 4 at St. John Bosco in Cottonwood. The girls play at 6 p.m. and the boys follow at 7:30 p.m.