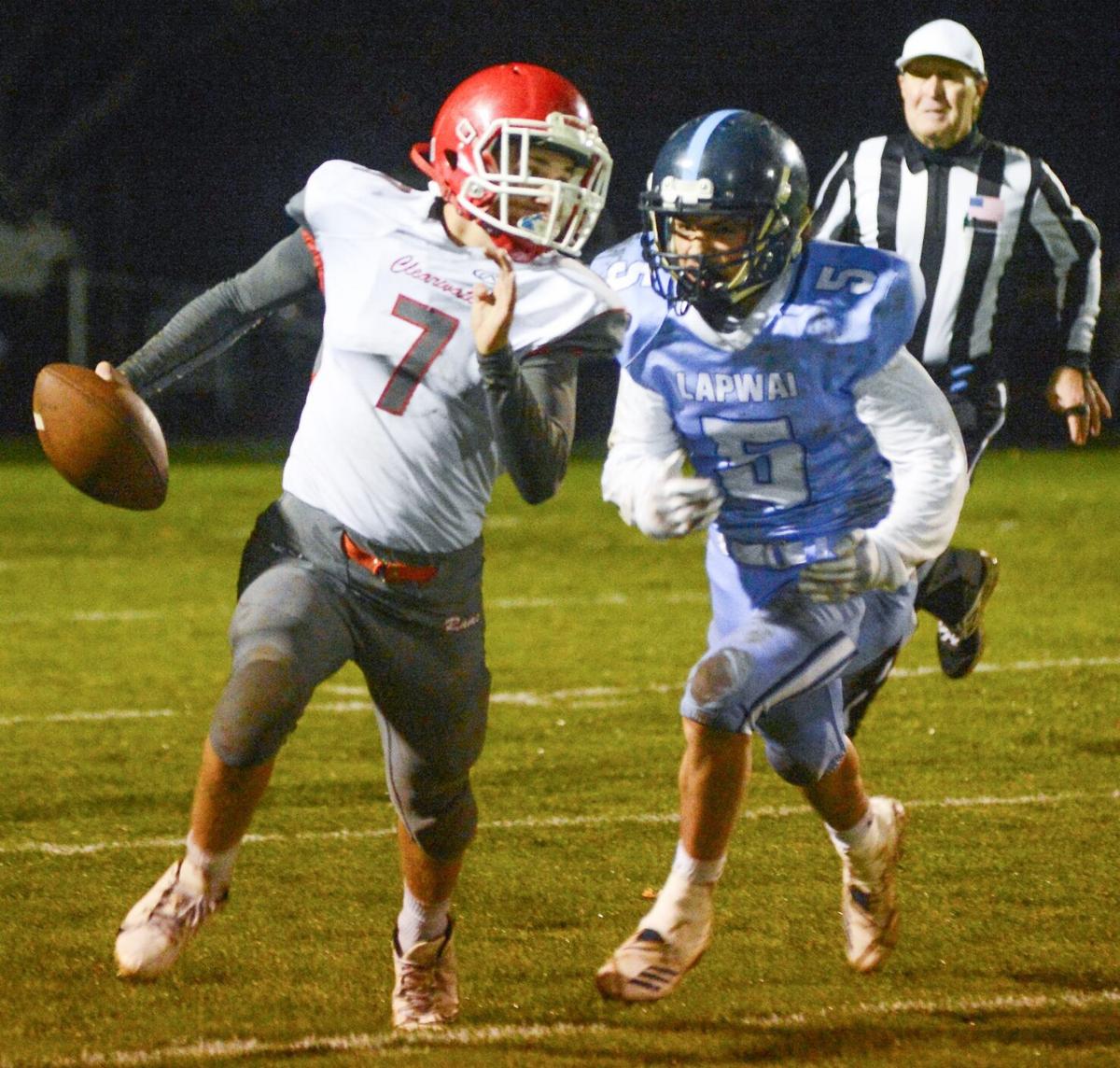 Clearwater Valley’s Anthony Fabbi (7) was under pressure all night last Friday, Oct. 29, such as from Lapwai’s Arreis Bisbee during the pictured play — and he delivered a few big completions despite the heat. 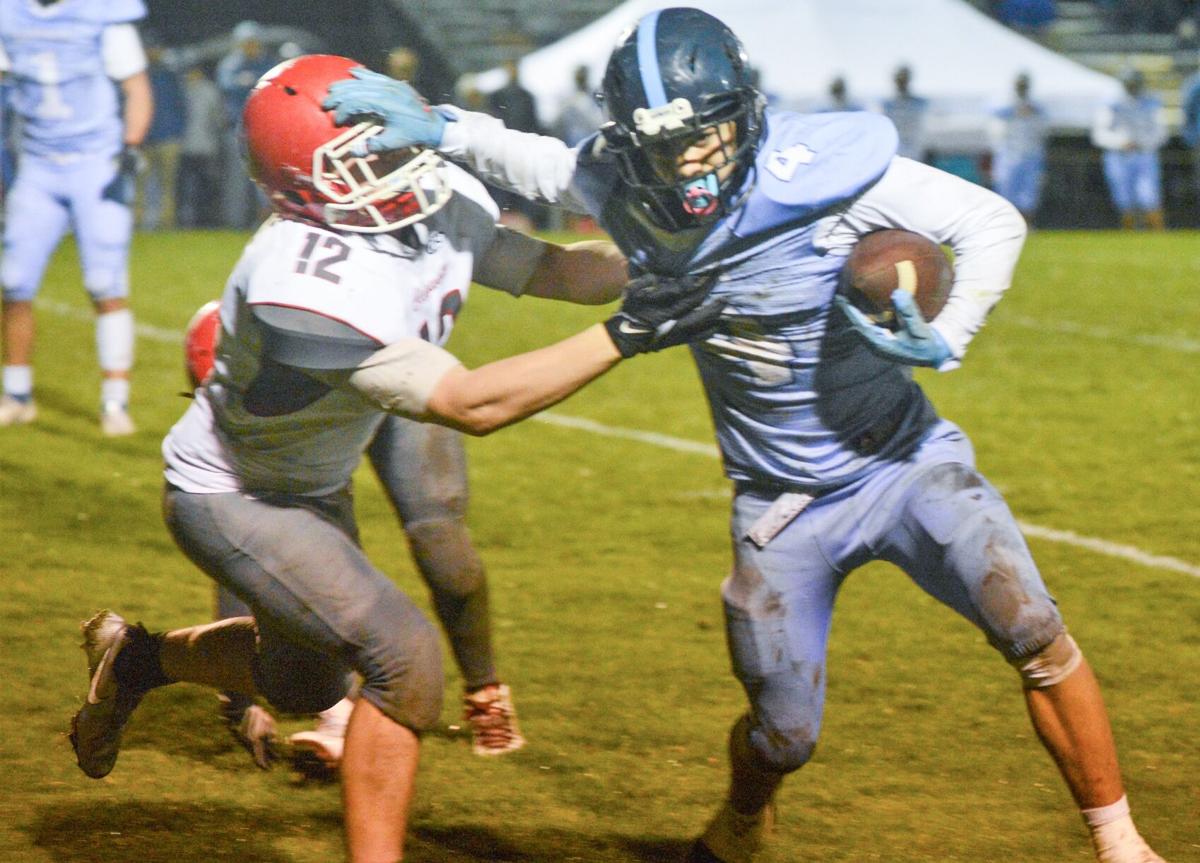 Clearwater Valley’s Anthony Fabbi (7) was under pressure all night last Friday, Oct. 29, such as from Lapwai’s Arreis Bisbee during the pictured play — and he delivered a few big completions despite the heat.

LAPWAI — One of the better playing surfaces in the Whitepine League was still slick with rain that had fallen earlier in the day last Friday, Oct. 29, but if that slowed the Wildcats at all, the other teams vying for a 1AD1 state football title might have their hands full — starting with Lapwai’s visit to Prairie for a 6 p.m. quarterfinal this Friday night, Nov. 5.

Despite a shaky start that included an apparent touchdown called back due to penalty, several drops and trouble on one kickoff return, Lapwai beat Clearwater Valley 58-6 in the first round of the playoffs last week. That was despite a long pass completion on the Rams’ first snap, which went for 31 yards from Anthony Fabbi to Bass Myers, which moved the ball immediately across midfield. But Lapwai came up with the first of six CV turnovers on the very next play, and struck first with a touchdown pass from Titus Yearout to Kross Taylor with just less than eight minutes showing on the first quarter clock.

After shutting down the Rams’ next drive, Titus Yearout threw to Ahlius Yearout for the first of four touchdown pass combinations between those two.

Clearwater Valley struck back with a touchdown pass from Anthony Fabbi to Bass Myers, who outflanked a defender for position to catch the high-arching throw, made the catch in the middle of the field, and worked his way into the end zone, finding room to run down the right side.

Lapwai scored the next six touchdowns, including four more before halftime, which put the outcome beyond doubt with a 42-6 lead at the break.

It was CV’s fourth straight year with a playoff appearance, which Hutchens said is unprecedented in school history.

“We dealt with a lot of injuries and had a lot of young guys playing, with guys stepping right up into a varsity role as freshmen,” Hutchens said. “Fabbi was a leader out there, but we made young, inexperienced mistakes. But you know what? I’m proud of these guys, and for them to battle back and get into the playoffs, for them to buy into the program and do that, I couldn’t be more happy. These boys never stopped fighting, and all the losses we had this year were against top-10 teams in the state. And honestly, if we’d made our conversions, we’d have beaten Genesee — it was that close. We also wanted to get past the first round, and that was a goal we didn’t accomplish, but I’m proud of all these boys, especially the seniors, for all they have put into the program.”

Clearwater Valley finished 3-4 in league play, 3-5 during the regular season, and 3-6 overall.