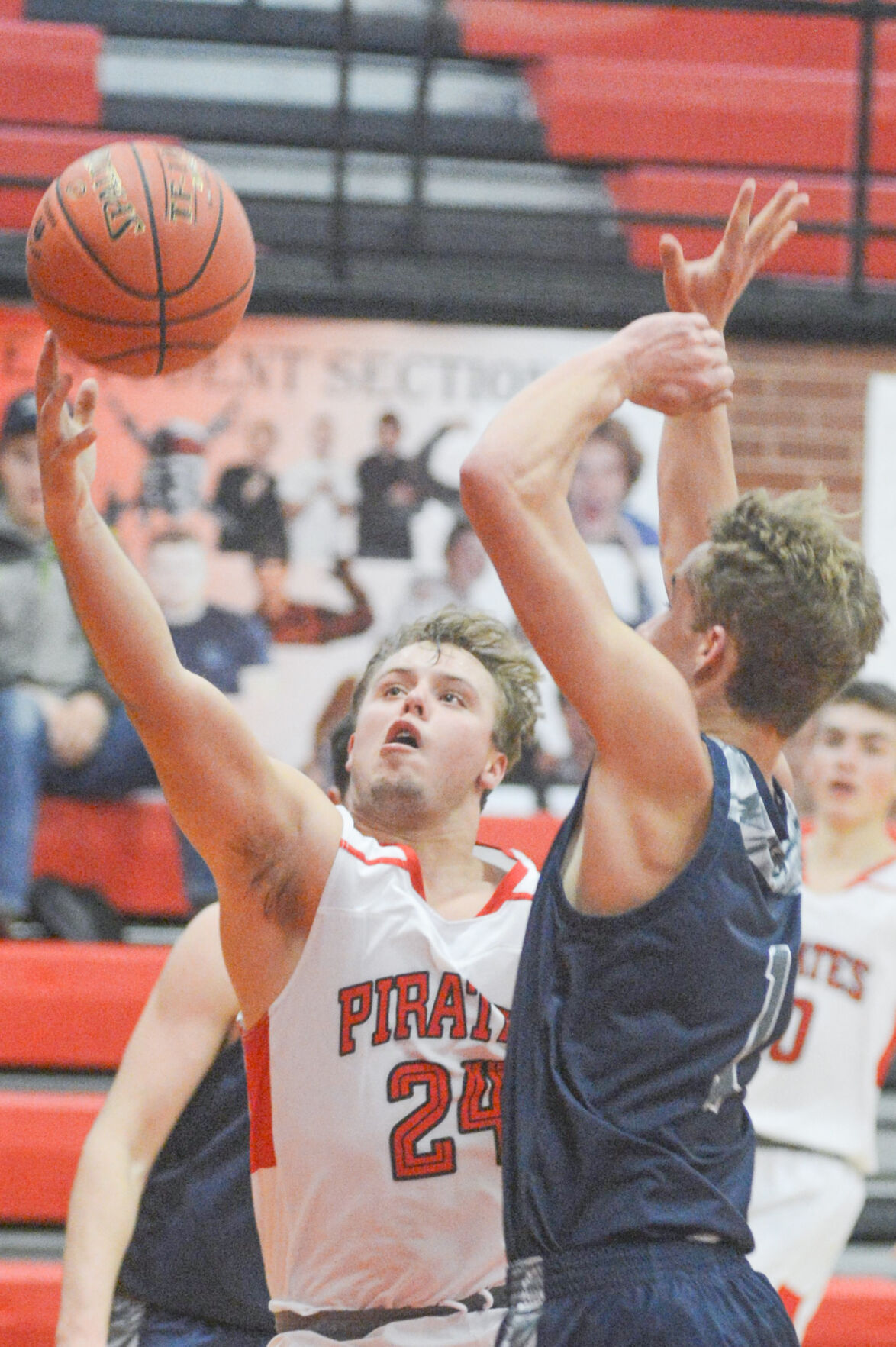 Prairie’s Brody Hasselstrom got this shot up ahead of Grangeville’s defense. 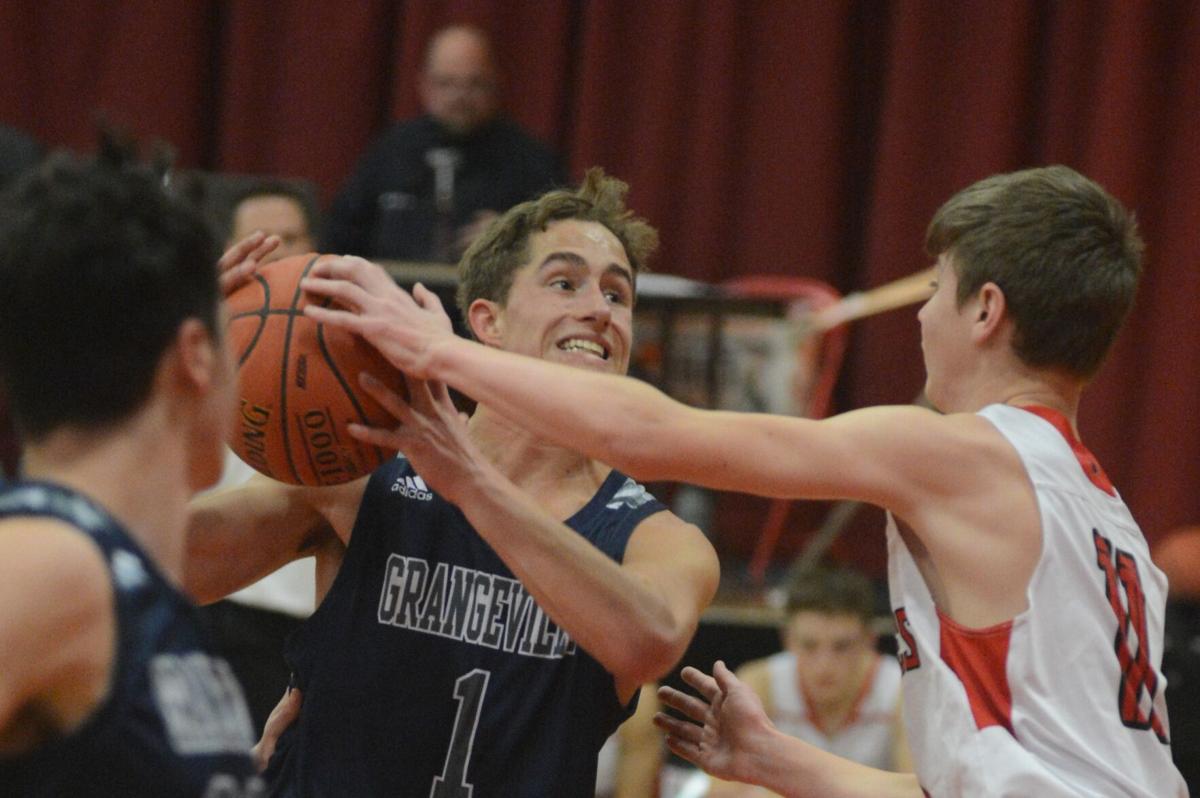 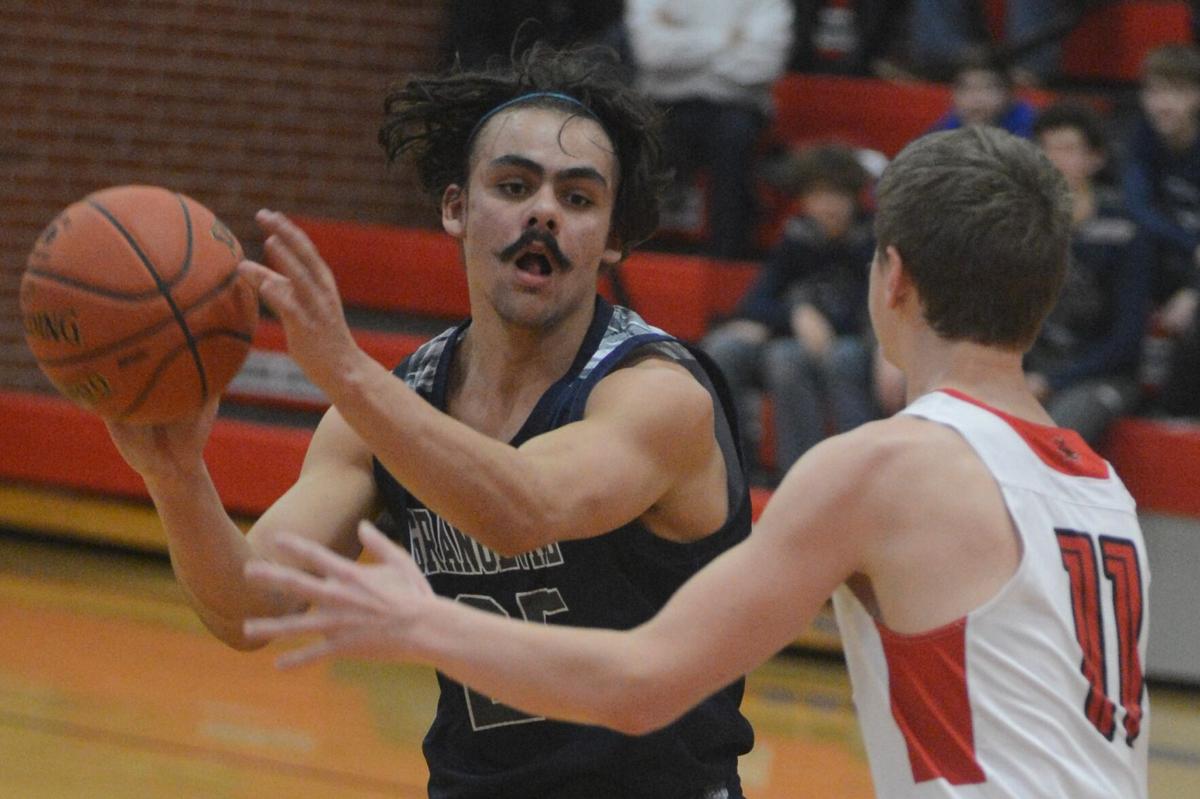 Prairie’s Brody Hasselstrom got this shot up ahead of Grangeville’s defense.

COTTONWOOD — Pirates gunner Lane Schumacher canned a three over an onrushing defender, who contested the shot without fouling during the last seconds of Grangeville’s 59-58 payback win over Prairie Jan. 5 at PHS.

“It was clean defense,” Prairie head coach Shawn Wolter said afterward. “We just wasted too much time. We should have had a shot up with five seconds left — make a three, I call timeout and we have a chance to win this after a free throw or two. ... We let them get away with too much early in the game and we had to fight the whole rest of the way back.”

While trying to overcome the 42-34 lead Grangeville carried into the fourth quarter, Prairie sent GHS guard Tori Ebert to the line nine times and he made just three of those foul shots — but the one he made with 10 seconds left made it a four-point game, and stood as the gamewinner. Ebert finished with 10 points while hawking Prairie’s Cole Schlader everywhere on the court. Schlader ended up with 10 points, and Prairie put three more in double-figures: Zach Rambo (18), Brody Hasselstrom (12) and Schumacher (10). Grangeville’s team-high came from Miles Lefebvre (17).

Prairie closed within 50-49 on a fast break pass from Schlader to Tyler Wemhoff, but Grangeville answered with a hoop by Blake Schoo, after which Caleb Frei picked off the inbound pass and drew a foul. Frei split the foul shots, keeping the GHS lead at four with 2:44 left in the game.

The Bulldogs had led by 10, 44-34, on a jump shot by Ebert, and by 13 on a trey by Lefebvre. Rambo answered that three with one of his own, and the intensity of both sides’ play picked up during the last six minutes.

Early in the game, Prairie trailed by five on a hoop by Frei, by six on a triple by Lefebvre, and by seven on a triple by Jared Lindsley. Prairie closed out the second quarter with a 10-2 run and a 25-24 halftime lead. The Bulldogs reclaimed the big lead by way of hustle plays and second-chance points during the third quarter.

“It was great to have people back in the gym,” Grangeville head coach Cooper Wright said. “It’s still limited, but I think our guys really feed off that energy. That was an absolute standout performance by Tori. We put a big challenge on him to guard Schlader and he answered the call, big time. We maintained our composure during that third quarter, and that was the most important thing, to me.”