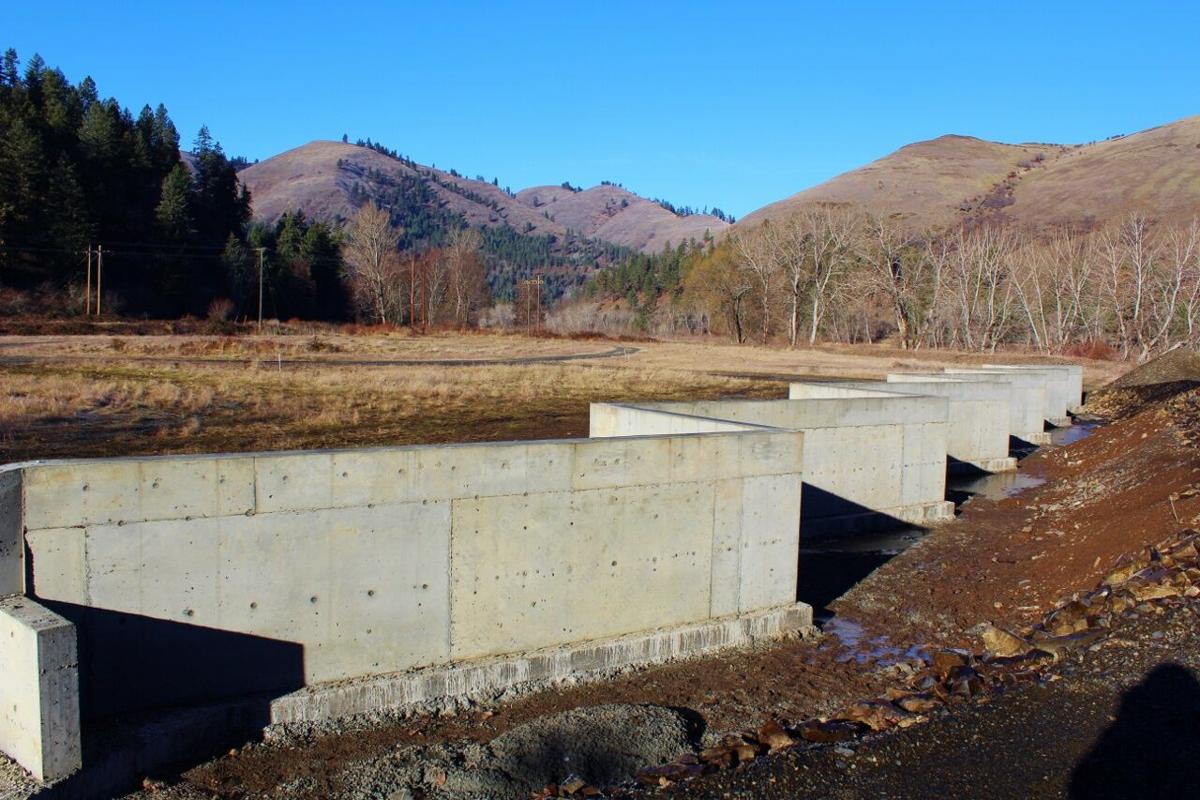 The concrete Z wall that will be backfilled. 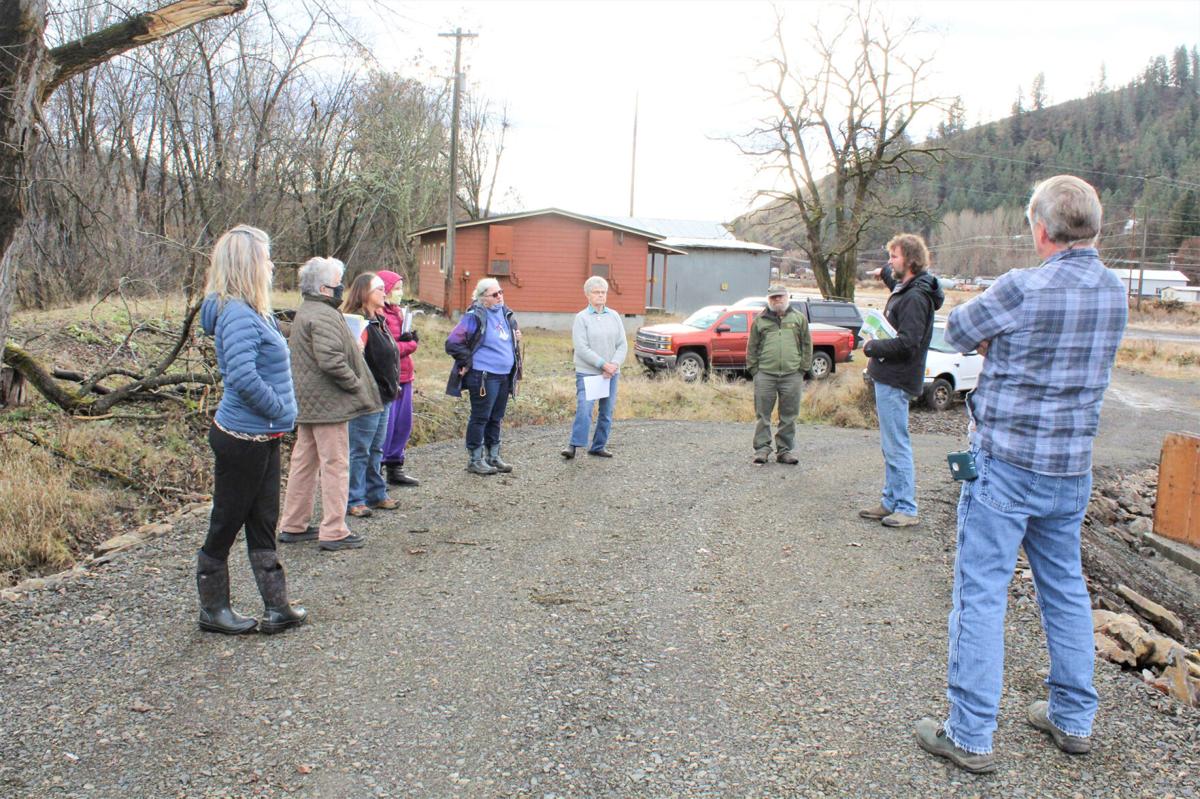 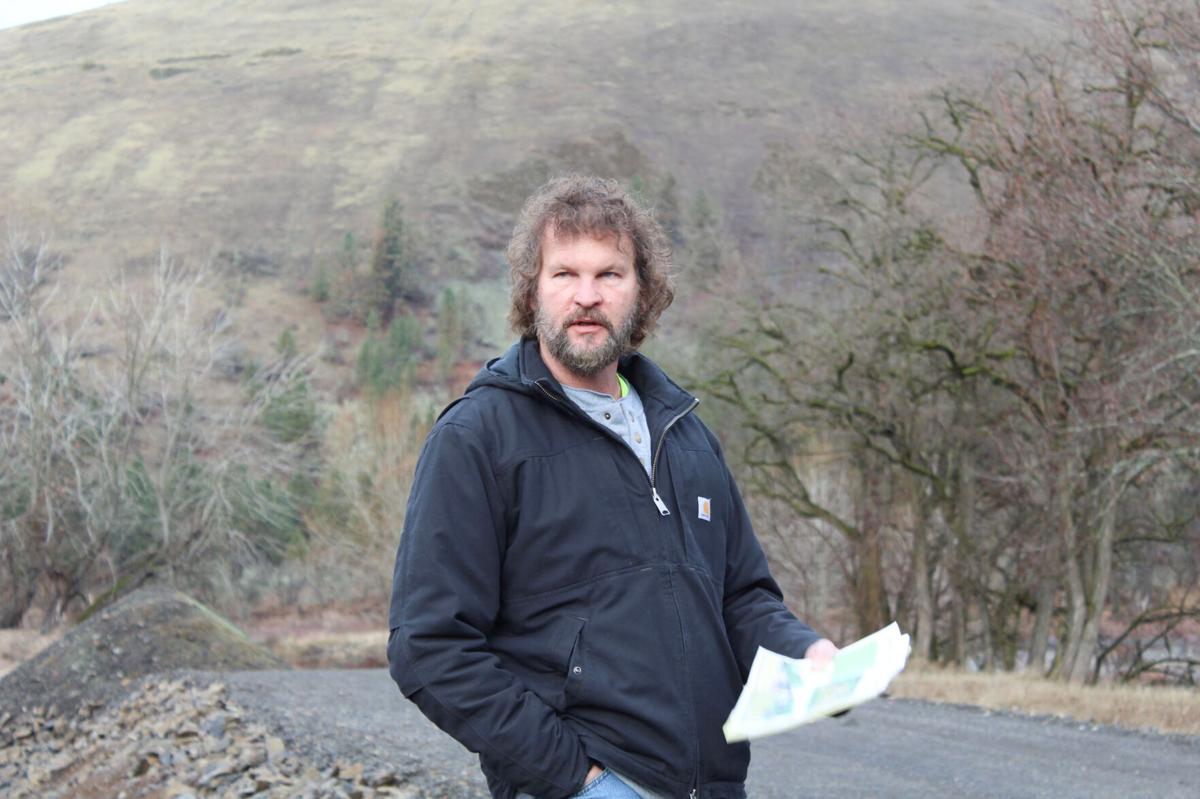 Robert Simmons at Kooskia community drop-off site explains how the operation will work.

The concrete Z wall that will be backfilled.

KOOSKIA — Pouring concrete for a “Z” wall marked an important step in the development of a Simmons Sanitation community drop-off site for household waste in Kooskia. The site is located at the old McFarland pole yard property on the west side of the South Fork Clearwater River. Robert Simmons said that construction of the site has been delayed with contractors continuing to be busy.

“We’ve had the property for a year and are trying to get something going,” said Sheila Simmons.

The site will include six bays, defined by the concrete Z-shaped wall. Waste will be divided into clean wood (such as brush and milled lumber without paint or nails) and dirty wood. The clean wood will be transferred to Clearwater Forest Industries in Kooskia, where it will be chipped and burned for hog fuel at its Tamarack Mill. Bins for metals, household waste and specialty waste will also be available, as well as recycling. The bins will all have lids and be hauled off frequently.

Robert stressed the site is not a dump; there will be no piles of anything there, and everything will be sorted and contained in bins and hauled off as needed.

“It will not be cheaper, but will reduce the amount of hauling of waste to Missoula,” Robert said. The money saved from less hauling will pay for staff to man the site.

Once the Z wall is backfilled, a perimeter fence constructed and cameras installed, Simmons Sanitation plans to open the site later this winter. They are using local contractors to complete the work.

Robert and Sheila Simmons, along with Idaho County Commissioner Skip Brandt, recently met on site with key members of the Idaho County Recycling (ICR) committee to discuss how the recycling program would be incorporated into the site. When the site is up and running, a paid staff person will be on site to direct people to the correct bins for their items including recycling, according to Robert. He said, in terms of site traffic flow, he plans to put the recycling bins first. Robert explained that after the recycling bins are moved to the site, he does not anticipate the need for recycling volunteers in Kooskia.

“We’re very excited to get the first site up and running,” said Janie Fluharty, leader of ICR volunteers. “It’s been a number of years in the works.” (ICR currently uses volunteers to operate sites in Grangeville, Cottonwood and Riggins, in addition to the Kooskia site.) Fluharty also said, “I think it will increase the amount of recycling coming in because of the convenience of five days a week, plus every other Saturday vs. two hours on Saturdays now.” About Robert, Fluharty said she is looking forward “to be able to work as partners with Simmons Sanitation” and thinks “we can work well together” adding that “he cares about doing things the right way.”

“I’m impressed that Robert is determined to landscape the site, make it less obtrusive,” Fluharty said.

The Kooskia site is the first in a series of five sites planned across the county in the Grangeville, Cottonwood, Elk City and Riggins communities, depending on the availability of suitable land. Robert and Sheila Simmons acknowledge there has been some controversy about the Kooskia site and the proposed site in Grangeville. They are hopeful that once the Kooskia site is up and running, people will see how it is managed.

“When we get this one done, people will see it’s not a dump. It will take the negative away,” Robert said.

Once the Kooskia site is operational it will replace the lower Battle Ridge dumpster site and the Clear Creek site. Simmons Sanitation plans to have its manned site open from 9 a.m. to 4 p.m., Monday-Friday, and every other Saturday. Further information will be available later this winter as the site is completed.