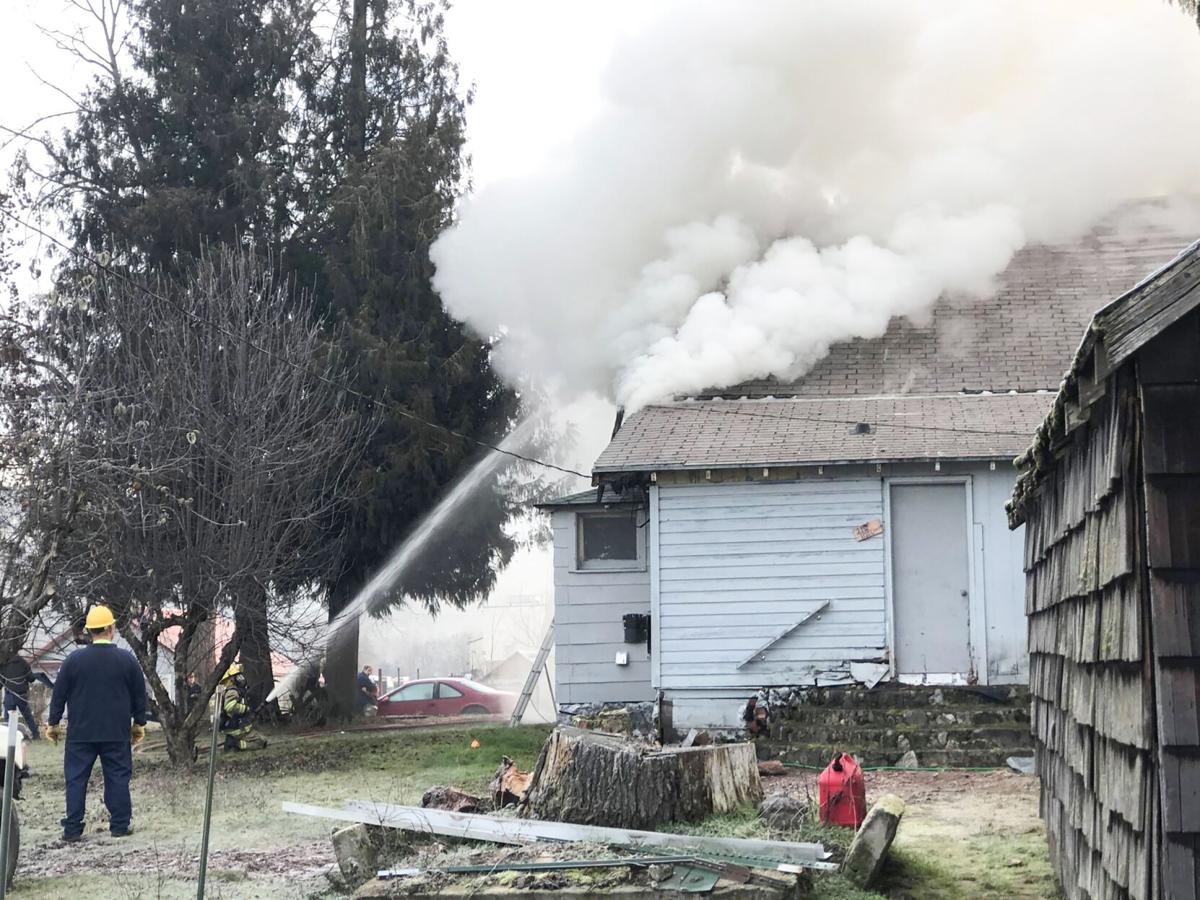 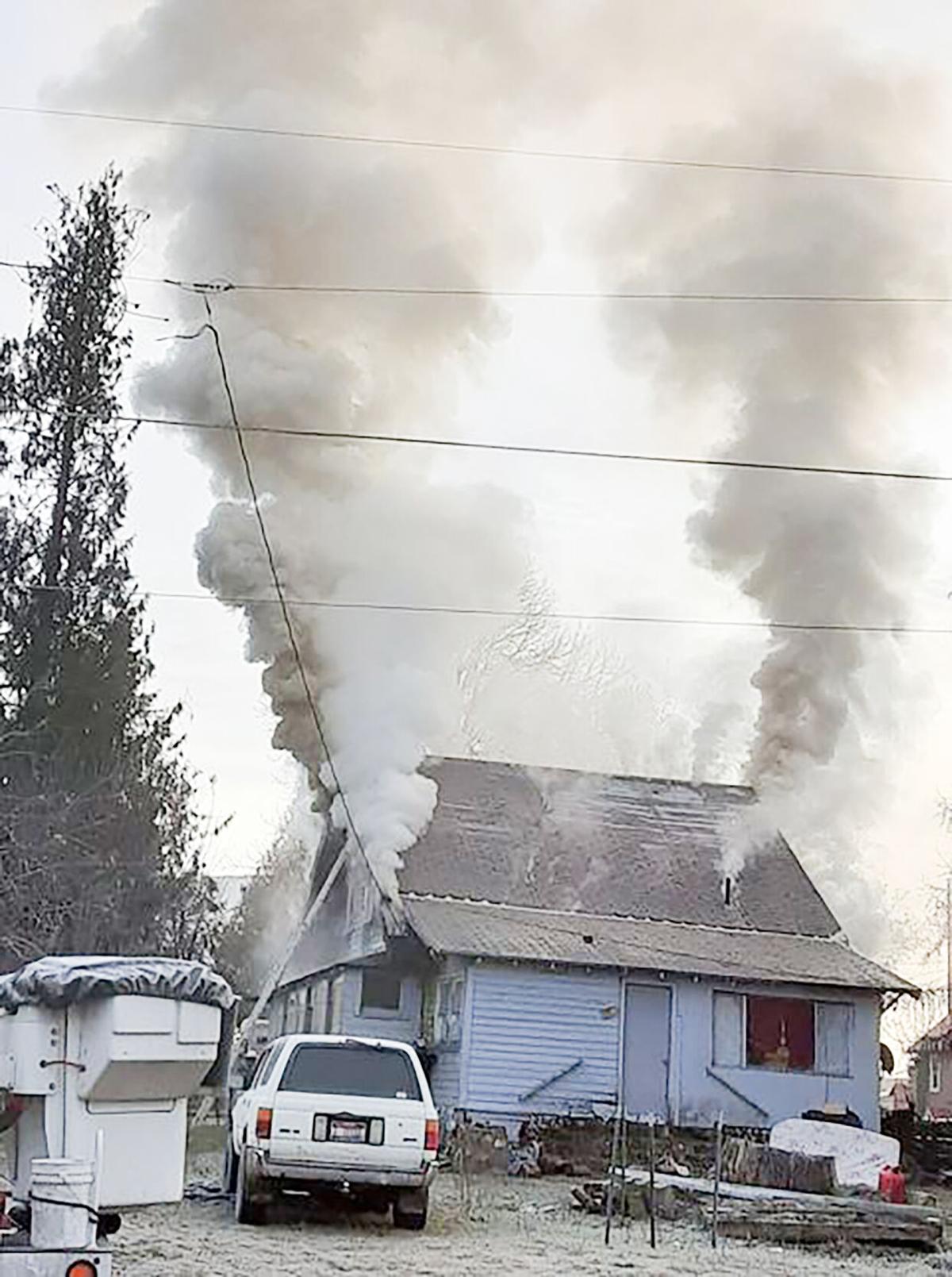 KAMIAH — A Hill Street residence is a total loss following a Monday morning, Jan. 11, fire. No injuries were reported, and the incident is currently under investigation for cause and origin by the Idaho State Fire Marshal’s Office.

“Huge kudos to the willingness of those who stepped forward to assist the victim,” said fire chief Bill Arsenault, Kamiah-Fire Rescue (KFR). A crew with a private utility company was passing by the two-story residence at 212 Hill Street and noticed smoke coming from the home. They called 911 and assisted the unidentified female occupant out. Firefighters subsequently secured her two animals without injury.

According to Arsenault, the victim has been assisted by the American Red Cross with financial and lodging help. Along with the home, a substantial amount of personal belongings were lost in the fire.

KFR was notified at 7:59 a.m., and a total 15 firefighters responded, along with two structure engines, two medic units, and one rescue and one squad.

“Initially we were told heavy smoke was showing, and upon my arrival, the fire was already coming out of the structure,” Arsenault said.

Firefighting was hampered due to heavy smoke, but as well due to a heavily secured back door to the residence that crews had to break through to enter the home, he said. Due to add-ons and secondary roofs, some portions of the structure had trapped sections of the fire and were difficult to access.

The residence had total roof collapse on one side, and a partial on the other. The home is determined not occupiable and remains a safety hazard due to water load on the remaining sagging roof. A KFR crew and engine remained on scene as of Monday evening to address remaining hot spots.

No smoke detectors were found in the residence, and Arsenault noted this is a good reminder for residents to ensure their homes are equipped with working devices. If present in this case, he said, fire crews could have been notified earlier.

Referring back to the timeliness of the passersby who assisted the victim, “If this had been at night, and no one had been around to see it, we would have had a different outcome as far as life loss.”

Assisting on scene were Avista Utilities and Kamiah Public Works for power and water, and the Lewis County Sheriff’s Office.