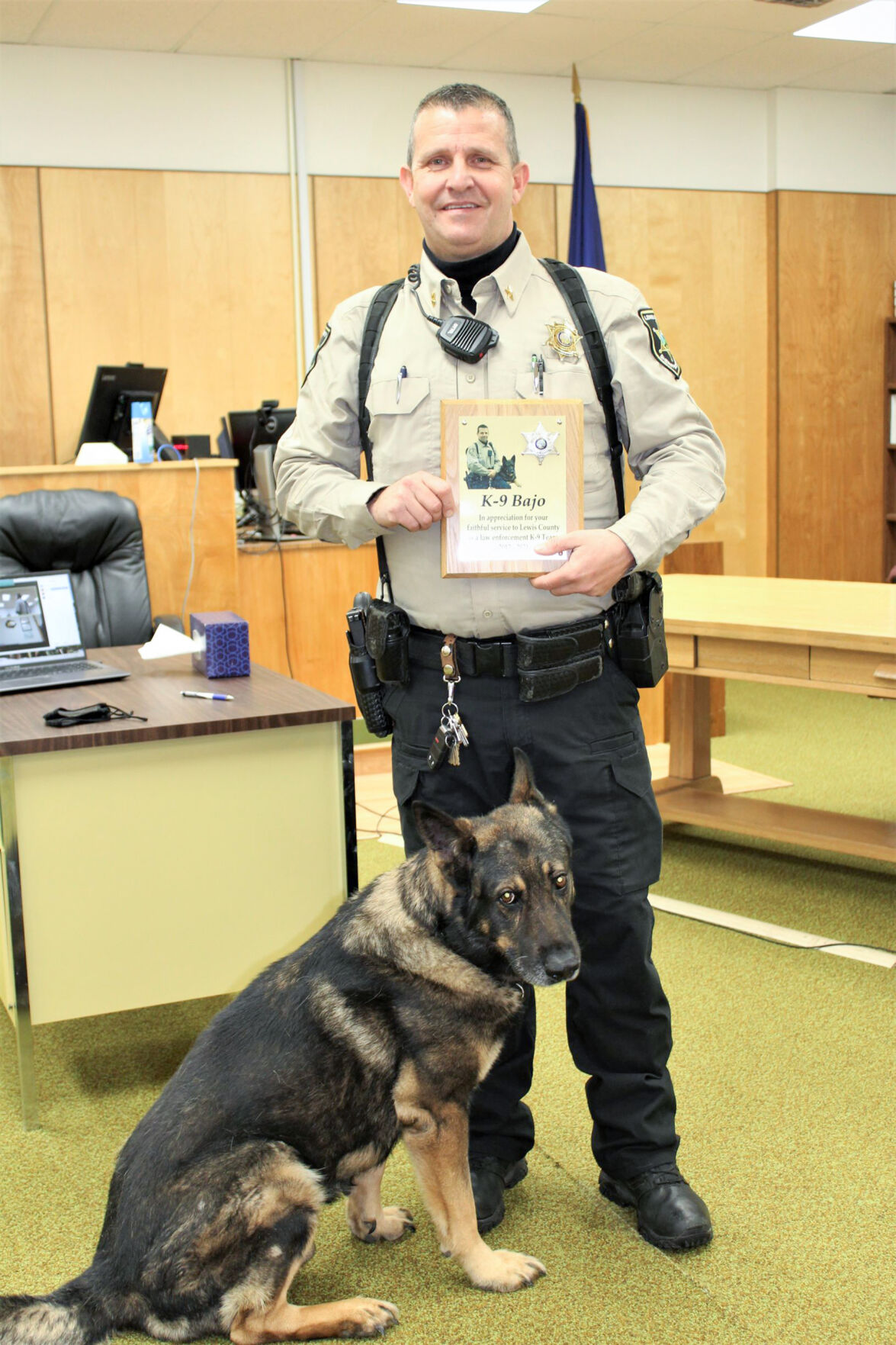 K-9 officer Bajo of the Lewis County Sheriff’s Department was honored in a retirement ceremony on Monday January 11th. He is shown here with his partner, Sheriff Jason Davis. 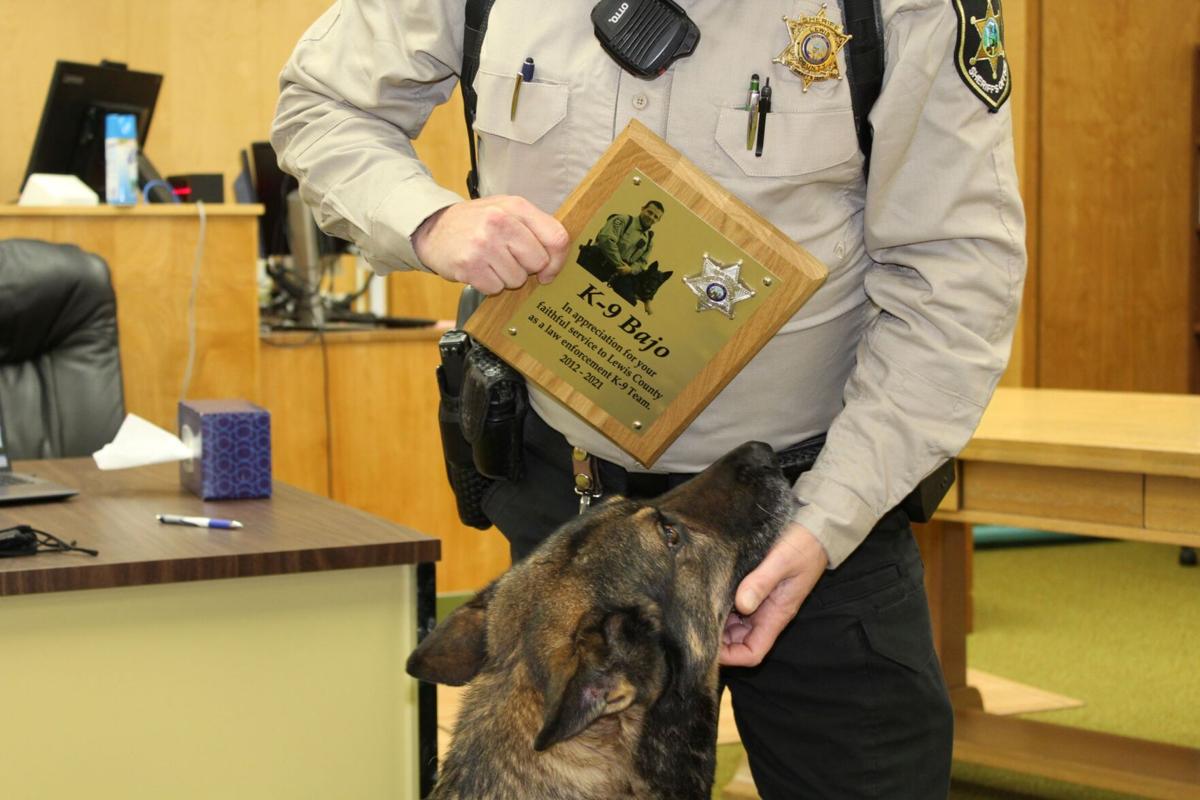 K-9 officer Bajo of the Lewis County Sheriff’s Department with his recognition plaque.

K-9 officer Bajo of the Lewis County Sheriff’s Department was honored in a retirement ceremony on Monday January 11th. He is shown here with his partner, Sheriff Jason Davis.

K-9 officer Bajo of the Lewis County Sheriff’s Department with his recognition plaque.

NEZPERCE — “Bajo, you have been a staple at the sheriff’s office. No matter how bad of a day it was, if Bajo came in, it made it better,” began deputy Phil Arnzen at the retirement ceremony for Lewis County K-9 officer Bajo, who has served the department since 2012. The brief but emotional ceremony occurred during the Lewis County commissioners Jan. 11 meeting.

Sheriff Jason Davis, Bajo’s handler recounted that when Bajo began working at the sheriff’s office, “word got out pretty quickly that we had a dog that takes people down.”

Arnzen agreed, saying, “Jason has had really good partners in the past, but Bajo is the only one that actually scared me.”

Arnzen told a story of helping with Bajo’s skills.

When Jason gave Bajo the command, “I was hit with a fur missile.” Arnzen continued, “He stared into the windows of my soul as to let me know that my life was his now. All I could think was, ‘Look out, dirt bags, we’ve got a secret weapon on our side.’” Arnzen added, “Lewis County always had an ace up its sleeve. No drugs or bad guys could hide.”

Arnzen, addressing Davis, said, “It will feel empty looking into the rear view mirror and not seeing your best friend…the one that can read you by the tone of your voice or the way you are standing.”

Arnzen concluded by presenting a plaque to Bajo, telling him, “Thank you for your never-ending dedication to the men and women of the Lewis County Sheriff’s office and to the people of Lewis County.”

Greg Johnson, Chairman of the Lewis County Commissioners said, “We are very fortunate to have a dog of that caliber. He’s been a real asset for Lewis County.”

Johnson added that in addition to Lewis County, he has assisted law enforcement in Clearwater County, city of Lewiston, Nez Perce Tribal police, Asotin and Clarkston.

Johnson read resolution 2021-01 concerning Bajo that said, “It is in the best interest of his health and welfare for his service, that he live out his retirement as a pet with his handler.” The council approved selling Bajo to Sheriff Davis for $1.

Bajo’s retirement leaves the Lewis County Sheriff’s office with one canine officer, according to Arnzen.