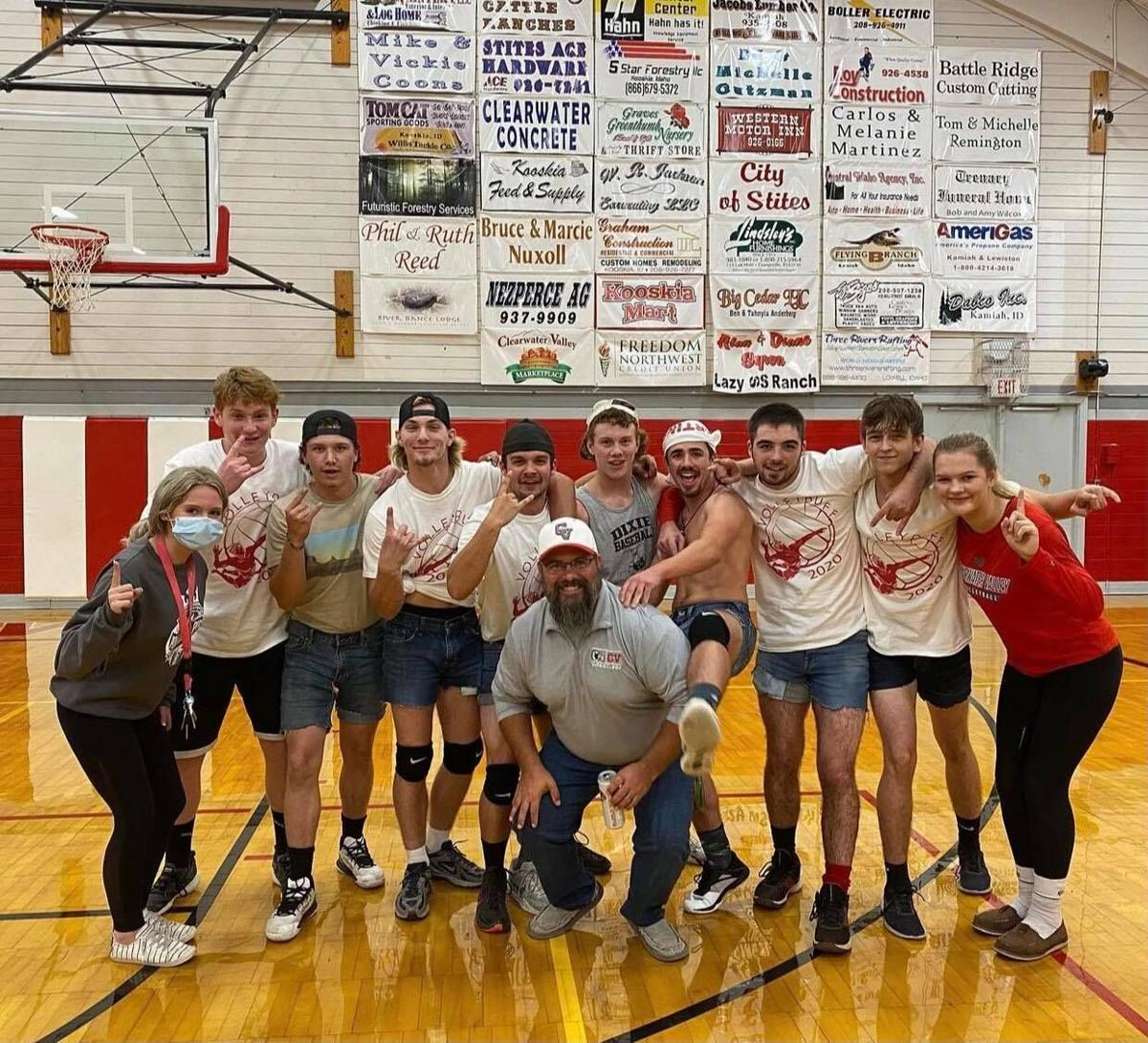 Pictured from the CVHS 2020 homecoming, boys of the volleybuff team. 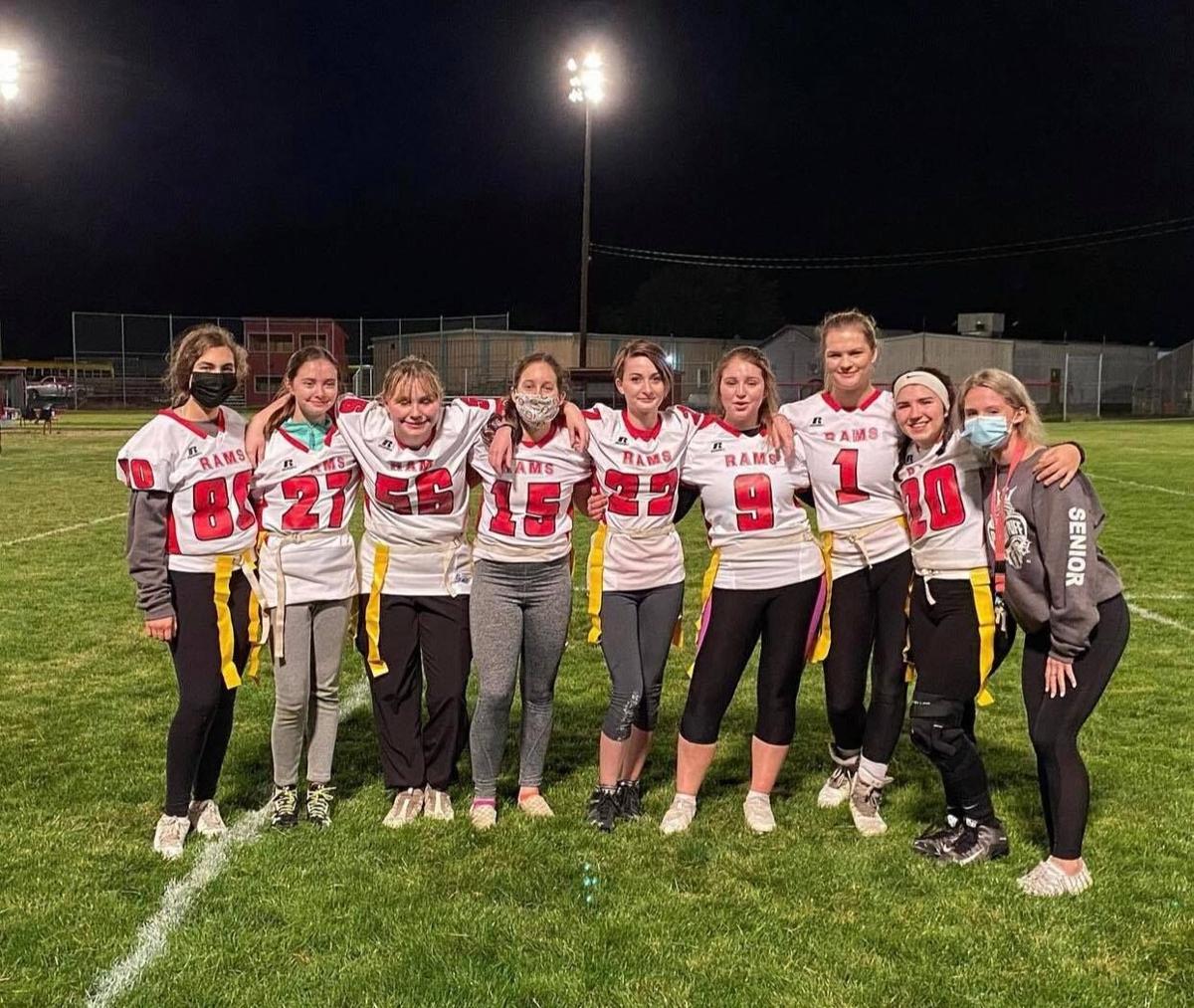 Pictured from the CVHS 2020 homecoming: Girls from the Powerpuff senior and sophomore team.

Pictured from the CVHS 2020 homecoming, boys of the volleybuff team.

Pictured from the CVHS 2020 homecoming: Girls from the Powerpuff senior and sophomore team.

KOOSKIA — This next week of homecoming for Clearwater Valley High School is set to be a busy one, filled with school spirit and competition.

From now until the week of homecoming is over, CVHS students are all going to be busy getting everything put together. But it “is a week that everyone is invested in making happen,” said Kayleigh Tavernier, ASB secretary.

Wednesday, Oct. 6, CVHS will be holding an olympics event for the students, 12:40 -3:15 p.m. It will consist of various games such as an egg toss, an obstacle course, jousting and a pie eating contest. After school are the powderpuff and volleybuff games. In the powderpuff game, the freshman and junior girls will play against the sophomore and senior girls in a football game. The volleybuff is the freshman boys against the junior boys, and the sophomore boys against the senior boys in a game of volleyball. The winners then move on to play the winners and the losers play the losers.

Thursday, Oct. 7, is a home game for high school volleyball against Highland at 6 p.m. It will be a pink-out game in support of breast cancer.

At 4 p.m. on Friday, Oct. 8, the homecoming parade will take place. The theme of this year’s homecoming is movie genres. Each grade has chosen a genre that they want to focus on and create floats around. The seniors will have a float in the parade built around the theme of horror movies. Juniors chose to do a western movie theme. Sophomores are representing comedy movies. Lastly, the freshman class decided to work on an action movie theme. Following the parade, the big homecoming football game against the Potlatch Loggers will start at 7 p.m. Differing from past years, CVHS has decided to have a formal homecoming dance this year after the football game.

During spirit week at CVHS, each school day gets a designated dress up theme. On the 4th, it starts out with pajama day. After that is sports day on Oct. 5, which means students can wear some sort of clothing representing a sporting event. Whether that’s a hat from a big team, their own personal jerseys, or maybe showing up with a baseball glove on their hand. The genres that were chosen for each grade as float themes, will be used on Wednesday, Oct. 6, for the dress up themes as well. Oct. 7 is a pink day going along with the pink-out volleyball game. Friday the 8th is a ram pride spirit day, where students wear as much CVHS apparel as they can manage to find.

Cora Maybach is a senior at Clearwater Valley Junior/Senior High School, who is interning with the paper for her senior project.